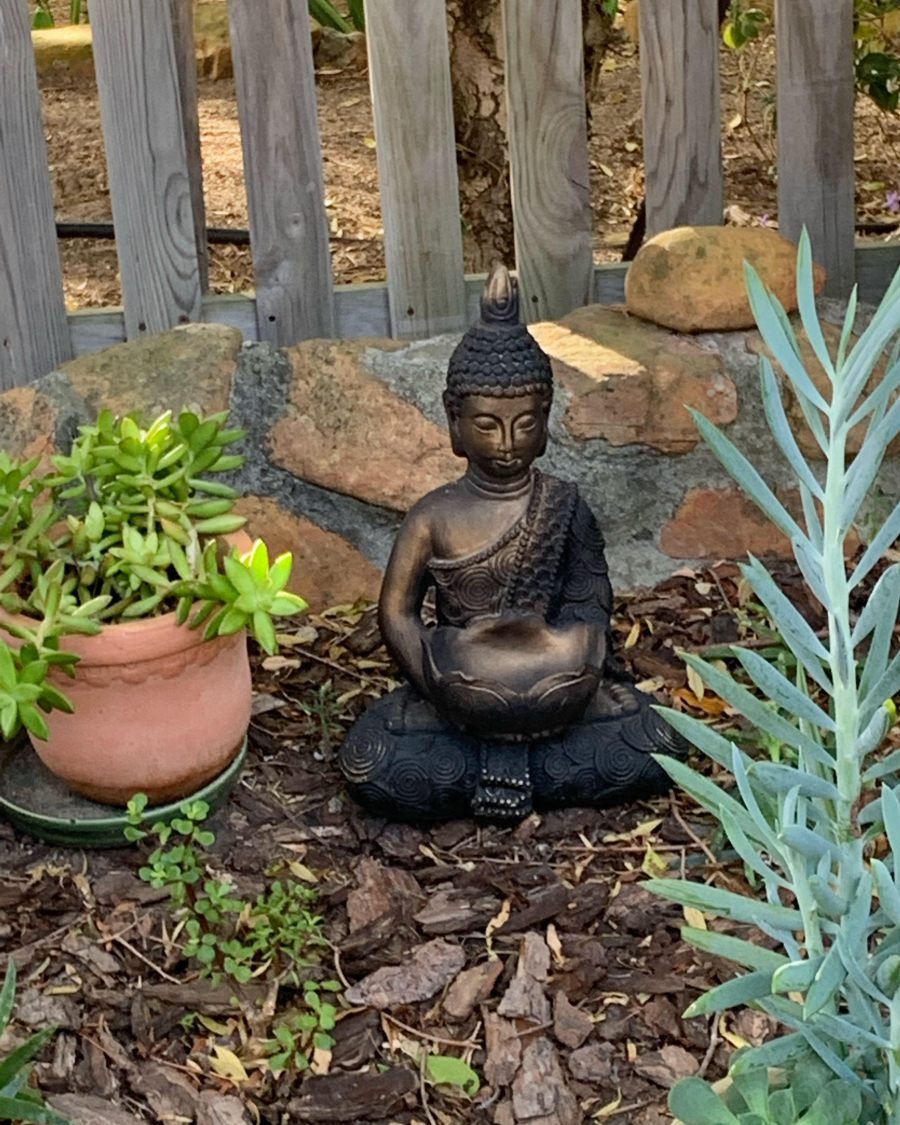 Last Saturday I had a text message from our friend Mark asking what time he should come and collect Finn. It was only then that I realised we had completely forgotten that we were booked to go out for another Restaurant Week dinner to Gambas Seafood Bistro. I have been craving seafood for months and the fact that I could forget tells you just how much stress we have at the moment.

I re-booked Gambas for another weekend so I will still get my prawn fix soonish for those of you who were concerned for my welfare. 🙂

Poor little Panda has been choking, coughing and wheezing all week so maybe that was my creator shifting my calendar so that we were home with the wee boy?

Last Sunday afternoon the vet rang to say that the culture of the liquid suctioned from his lungs that had gone off for analysis was contaminated and they do not know what the actual best bacteria is to tailor the antibiotic to put him on is. Not ideal! So he will continue with the ones he is on already and see if he improves.

On Monday morning Norm was there when the vet opened and the vet kept Panda to do more x-rays. His heart is enlarged and they think it may be pressing on his trachea which will make him cough even more. They also put him onto a diuretic to reduce the inflammation in his heart. Then on his visit on Thursday they identified that he also has a heart murmur so he is now on meds for that too. He has 4 different types of meds.

He is such a miracle baby. He has survived being mauled by a giant beast, the surgery as well as the toxemia from that attack, several stomach pumps from eating naughty deadly things, months of paralysis from Acute Idiopathic polyradiculoneuritis and now hopefully he pulls through this chest infection and his heart issues. He is my cheeky, belligerent, adorable, smelly, little hero.

A few other items around the house got ticked off this week. On Monday the landscaper delivered the JoJo tank. He then installed the irrigation system during the week. Next we need some lawn laid and we have something to be irrigated.

The guy who did our tree cutting is going to quote us for the landscaping at front, as is another landscaper and the lawn will be our next item. We have some brickwork we want done too and may knock them both off at the same time depending on which vendor we go with.

Last night Norm and I got a friend to come and stay with the dogs and we went off for another Restaurant Week special, this time at KONG Bar and Grill in De Waterkant area of Cape Town. It started raining as we left home and driving into the city was a nightmare as there was zero visibility but we finally made it safely there and Norm managed to score parking directly outside!

I loved the funky decor at KONG. It was bright and interesting and beautifully done. It had the feel of Out of Africa meets the Singapore Raffles Hotel via MTV. The music was pumping and I think they have a dance floor upstairs. But it was not overly loud or unappealing for us old geezers.

We were seated in a cool large booth with snakeskin fabric, another booth had a bold zebra fabric.

There was a life size image of the very talented Amy Winehouse and that twat she married on the wall beside us.

We were presented with a drinks menu and I ordered a Cosmopolitan and Norm ordered a glass of wine and we had a look at the food menu. There was a 3-course dinner menu for R295.

Norm chose the Chicken and Thyme Arancini to start and I chose the Smoked Salmon with Avocado and passion fruit mayonnaise.

The arancini looked tasty but Norm said it was no different to eating the arancini balls we buy from Woolworths. He said there was very little flavour and they were just plonked on a wodge of cream fraiche. He branded it ‘nothing special’. He gave them 2 Kitten Stars.

I was happy with my smoked salmon, but then I love smoked salmon. It was simply done but it was exactly as described and I would give it 4 Kitten Stars.

Norm and I both chose the fillet of beef, with Pommes Anna, seasonal vegetables, red wine jus. This was where the wheels came off for me. The supposed red wine jus was just instant gravy which had some rosemary chucked into it. Regular readers know that I DETEST rosemary. Conversely I do not mind instant gravy but only when properly mixed, this was a weird gelatinous texture. I was very excited about the Pommes Anna but they were very undercooked and just tasted of greasy raw potato. They were beautifully shaved into transparent thin slices so not sure how that all went wrong. The vegetables were OK, they were also very oily and al dente. The steak was perfectly cooked but half of it was tender and beautiful and the other half was quite stringy and sinewy. We both gave our main 2.5 Kitten Stars. If the potatoes were properly cooked this could have pushed it up to a 4.

For dessert I chose the Dark and White Chocolate Mousse. It was incredibly rich and could have benefited from some crunch to break up the richness and add a bit of texture, I was hoping there might be some crumbled biscuits in the base of the glass but alas, nada. I give this 2.5 Kitten Stars, it was also nothing special.

Norm loves Tiramisu and he ordered that. He said the alcohol was not properly mixed through and every now and then you got a jolt of booze. He gave this dish 2.5 Kitten Stars. Our friend Camilla’s is much better apparently.

Despite the lack of gastric delight our overall evening was lovely as it was nice to get out of the house and have some time on our own (e.g., NO DOGS). The overall meal gets 2.5 Kitten Stars. The venue was gorgeous, the service was impeccable and my date is a hotty.

Work has been very busy as it always is but we now have another 3 day weekend as we are off on Monday.

Today Norm and I got up and out of the house to run some errands. We took Finn as he cannot be trusted at home on his own and he is happier in the back of the truck. First we went to Mr. Price Home and I bought some tables for my lounge. There are 2 nesting tables so it is handy to have an extra when needed.

I found another buddha for my garden which I love. I will decide what to add in their hands later. It must be something that Finn won’t steal. He has stolen a fairy and 3 of my large mushrooms from my fairy garden and broken them all.

Next we went to Builder’s to try and get some lounge chairs for the pool area but there were none in the shop. It was not a wasted trip though as we picked up some other bits and pieces we needed.

I have been looking for a new floor lamp base as Finn knocked ours over and it is broken. We found this very simple dark one which looks great and I have used my old lampshade and I am very happy with it. We bought a load shedding lightbulb and when the power goes off it will retain light.

Then we popped by to visit Wes and Caitlin and I gave her a cute succulent I bought to add to her garden. They have also just put in an irrigation system, done some paving to extend their patio, and added some planting to their garden beds. Since they have cats and we had Finn we only popped in for 5 minutes. Norm took Finn for a walk around the neighbourhood while I visited and then he came in for a quick squiz. It was lovely to see both Caitlin and Wes and their garden is looking fabulous! I love their adorable house.

Norm and I are going to relax the rest of the day. Today has been very hot after a few days of rain and miserable weather. Tomorrow we hope to go for a hike if the weather cooperates. I hope you enjoy your weekend as well as your upcoming week.

Until next time, Kisses from the Kitten xoxoxoxoxoxox

One thought on “From Miracles to Nothing Special”