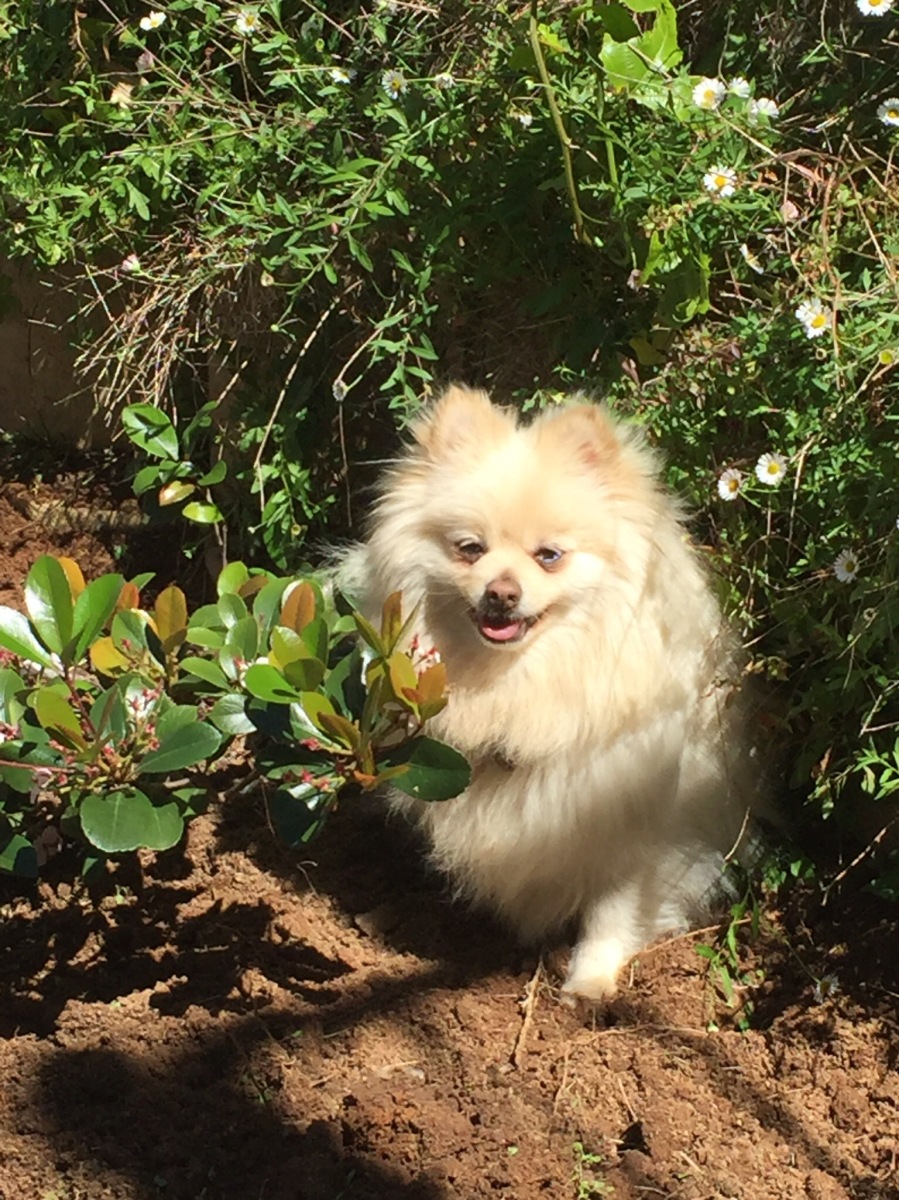 We have been blessed with another stunning day in Cape Town. We pottered about getting our back garden ready for spring and summer. We planned what to do at the back and finally decided on putting in a wooden deck.

We emptied all the pots and filled them with new compost. Next weekend we can go buy plants.

Only my fuchsia and one other little shrub survived the cape winter.

Last Sunday was also a warm sunny day and Norm and I again just pottered about. Pixie found a shady spot to park off and chill.

Norm was a busy bee, with Panda shadowing his every move.

These grasses are dying off, we are going to dig them up and put some lilies there. We need this section of the garden to screen the pool from the gate and street.

Navajo loves us being outside and he stayed close behind little Panda. 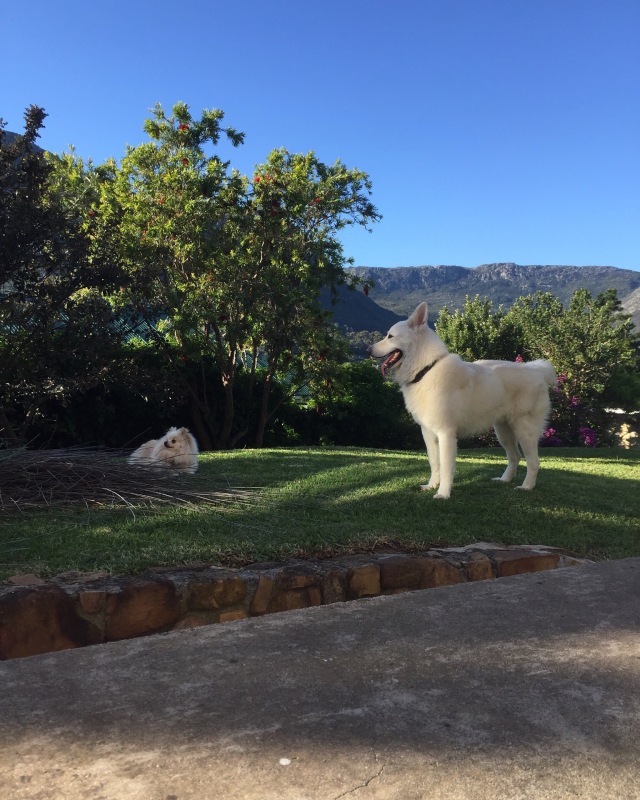 Sometimes he gets too close.

That night I cooked pretty much everything left in the fridge. For dinner I made stuffed gem squash. I cooked the gem squash then scooped them out and mashed the squash with 3/4 of a block of full fat cream cheese. I crumbled in crispy bacon and baked.

I threw all the other vegetables left from that week’s shop and some cream and stock into a pot and made soup. Once the veg was soft I used the stick blender to purée it.

This week the local news was full of various items that caught my attention. There were  2 more mining deaths in a zama zama mine. These are illegal mines so are usually highly unsafe. People desperate for money will ignore safety and risk their lives. This after the recent deaths of 11 people from another mining accident only 4 months or so back.

I myself have had a busy, stressful week. I kicked off a new project and had 2 workshops. I’m the PM so I facilitated.

Almost knocking over 2 pedestrians was probably the peak of my stress levels. I was turning off of a busy road and was watching for cars coming on the road I was crossing, but when I turned right the sun blinded me and I looked up to see two young people leaping out of my path. I nearly had a panic attack as I’m sure did they. My heart was thumping!

Speaking of which, I had an appointment with the Momentum nurse this week to take my blood pressure but she couldn’t find the building. The name of the company where I work is in giant red letters high on the building and the building is very tall. You can’t miss it. So after 10 trips up and downstairs, multiple dropped calls and with me talking the ditzy mare in like a bloody air traffic controller she tells me she can’t find free parking and that as she has no handbag she will not be able to come in and we must reschedule. So that was 40 minutes of my day and lots of stress wasted, it was so unprofessional.

Back to my desk and ring the call center. They are baffled. They don’t know where she is.

My phone rings and it’s the nurse. She says that she is definitely downstairs. Off I go to reception again. By this time my blood pressure was very high. Surprised?

Cait was so sick from food poisoning that she had a miserable weekend away last weekend and wasted her money. Not only that she missed 3 days of work! The venue which served the food that gave them food poisoning has offered them a ‘replacement weekend’ away though which is at least something.

Unfortunately for her I made one of her fave’s – Mexican style food – while she was still on a diet of toast and broth.

I made home made salsa with red onion, tomatoes and coriander. I made cheese tortillas and fried some yellow peppers and onions. I made mince with lots of spice and homemade guacamole. It was so yummy.

Crime is still bad here and safety is risky in general. We had two young girls hit by cars in separate incidents in our village this week. One young mother of 24 died. A 15 year old survived. Then we hear repeatedly of attacks on our Rescue and Ambulance teams. 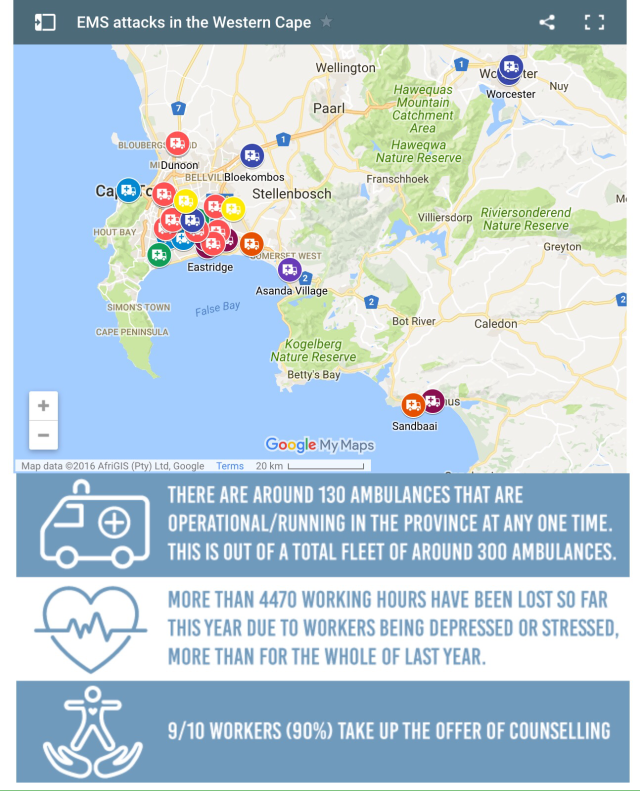 Living in SA means I have a safety check list I follow every time I go out. The door into the garage from the house is opened and locked from inside. I get into the car, roll up the windows and lock the doors and only once I’ve started the car do I open the garage door. I back out and close the garage door and then open the gate. I make sure both the garage door and gate close. My bags are locked in the back before the garage is opened. I carry my bags strapped to my body when walking across the city to the office. I hold a can of pepper spray in my hand. All these things are second nature and part of my routine now.

At home the alarm is always on and we have slam lock doors.

We were saying this week how we missed Belfast and being able to walk about the city at night safely. Stumbling home from our local. We really look forward to going to visit our old stomping grounds and meeting up with our old friends. We have two nights in Belfast during the end of year holiday we have planned. I’ve discovered a few old friends on FaceBook this week. Hopefully we can have a reunion of our crowd from 1997-9 I think it was!

I had one of those “Only In Africa” moments this week. I stopped for petrol and this dude at the petrol pump was hogging both of the pumps on one side. This is the tiny two pump station above Camp’s Bay. The reason he took up so much space was that he had put his car up on a jack in order to ensure he could fill the tank completely.

He then repeatedly shook the car and dripped a tiny bit more petrol in repetitively. It took forever. Meanwhile the queue went out to the street on the other side for the two available spots. It was ridiculously selfish and pointless. But somehow amusing.

The other newsworthy item in SA is the investigations into state capture. State capture is a type of systemic political corruption in which private interests significantly influence a state’s decision-making processes to their own advantage through unobvious channels, that may not be illegal. The Gupta family seem to influence many decisions and tenders in SA.

Thuli Madonsela is also investigating Zuma for breaching executive ethics code as part of a state capture case. The skeletons will all come rattling out now.

Norm cooked roast pork fillets for him and I on Tuesday as Cait still wasn’t eating. We only ate one of the fillets however so the following night I cut up the remaining fillet for our dinner then I cooked yellow peppers and sliced mushrooms then added the pork and cream. I made fondant sweet potatoes and steamed broccoli and fried mushrooms.

Thursday I had Vanessa round to do my pedicure. After she left Norm got takeaways from Spiro’s. It was late and we had no food really.

Friday night we had a takeaway Curry. I shared prawn curry with Cait and shared palak paneer with Norm.

Panda is very keen on me dropping some of it.

I had a Facebook memory from a year ago pop up so I made a comparison pic of me then and now. I’ve lost 23 kgs, or 50lbs depending on which you prefer.

On Saturday morning at 6am Norm’s alarm went off. He just said oops and went back to sleep but I was then awake. And feeling murderous. 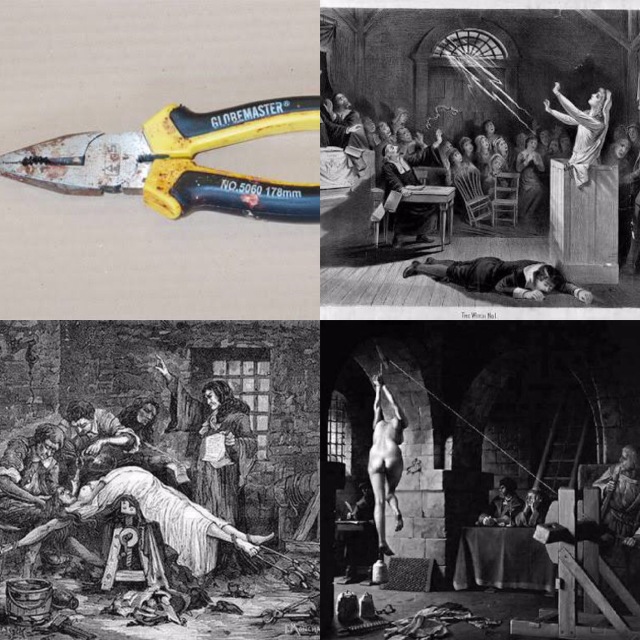 To make up to me he bought a lovely chaise lounge for my bedroom online. Now that he has moved his office to Lily’s old room I have a lovely big window where it will be perfect.

We went to Northgate on Saturday. As the gardener was here we have to leave the garage door open and so we locked the door from the garage that goes into the house. Except Caitlin’s day had derailed and she unexpectedly came home and couldn’t get in. We viewed the granite and ceasarstone for our countertops. I liked these below. I am going to have pale cream with a drop of yellow painted in a shabby chic style on the cupboards. The floors are terracota. 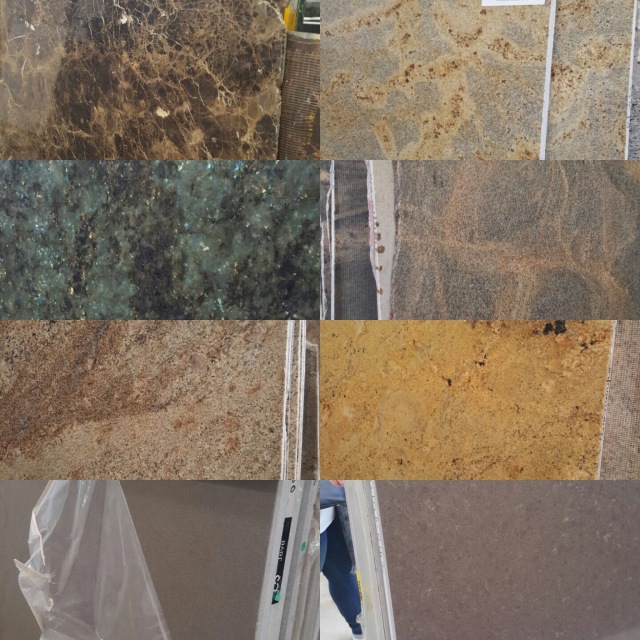 I can’t decide if I prefer no pattern or a lovely natural pattern.

We went out to Papino’s for dinner. We had our usual hollandse style steak cooked in brandy and mushrooms.

We went home and watched nonsense on telly and I had my Banting ice cream. Yum.

We woke to the dual disasters of a bomb going off in Chelsea NY and a maimed bird in my lounge.

The Bird was missing lots of feathers but seemed in shock and as if he was maybe even injured. Norm thought it wouldn’t last. 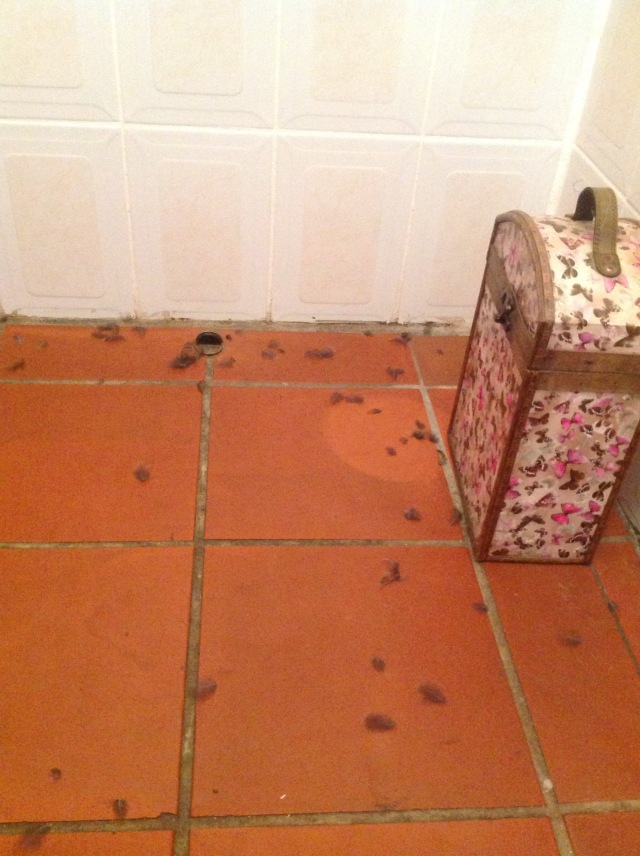 Bizarrely it disappeared. He put it in the garage in a basket and it is nowhere to be found. It had a resurrection. Hopefully Lola didn’t damage him as he must have flown out!

We had a lovely productive day. The weekend was relaxing as well other than Caitlin’s dramas. But these things happen.

We got to narrow down the counters, this week we go see the painters and the cabinet makers then we will order the units. I’m so excited to have it ready before my mom arrives!

This week I start a third project for a new client this time. I’m also going to the theatre and making kitchen plans. It’s going to be a busy week!

One thought on “The case of the disappearing sparrow”