Once again our lives in Cape Town were touched on by protest action. Tuesday we were notified by our client that there was a risk of protest action at the University where we are based from Wednesday to Friday.

The staff at the University were on strike and the #FeesMustFall crowd who brought the University to a stand still last year were back on the scene. In a mass meeting held at UCT on Monday‚  the students called for protest over the alleged exploitation of in-sourced workers‚ as well as the financial and academic exploitation of students with historic debt. We were told that if our offices were impacted by the protest we would have to work from home. Luckily a peaceful agreement appears to have been reached as there was no visible protests.

All week Norm has been helping Caitlin paint her flat as the new wooden floors were being laid on Friday. So on Wednesday Retha popped round to visit and she and I went to get Thai food from Thai Cafe in Hout Bay for us all for dinner. I still managed to stay on my low carb plan as I had a pak salad and chicken satay. I am sure there are some traces of sugar in the satay sauce but it is better than a plate of noodles or a bowl of rice, so I made the best choices I could.

The dogs did not get a walk as Norm was out so Panda was acting like a lunatic, running round and barking at me and Retha, then stopping and just staring at us. He is such a wee freak.

But he is so damn cute. 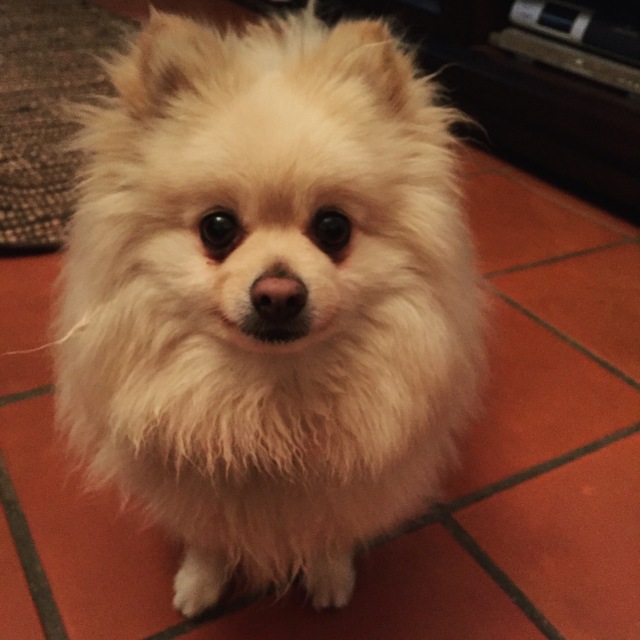 We got a lot of rain on Thursday which was lovely for our dry dams but that meant I had to contend with a lot of traffic. I practiced mindfulness and just stared out the windows at the forest and houses on the journey.

That night Norm was home late so I had to conjure up something for dinner out of what was in the fridge. We had a small pork fillet and some bacon so I wrapped the fillet in bacon and baked it in a pan with some mushrooms.

I cut it into 3 portions, and served it with steamed broccoli and creamed spinach as that was all we had in the house to eat. I also added some sauerkraut to my plate as I love it, especially with pork. 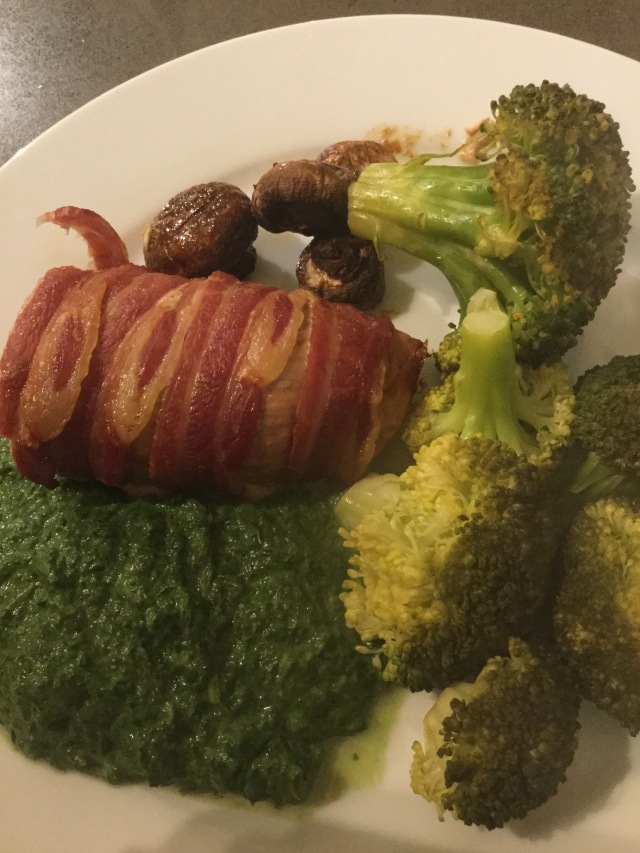 We were happy to see a bit of rain as the City of Cape Town has now implemented Stage 5 Water restrictions. We cannot save any more than we already are, washing our hair only once a week, taking quick 2 minute showers and using our grey water to flush the loos. My nasty little car has not been washed in months. I hope they make progress soon with the plan for desalination plants.

Today it has rained again but it was far less severe than Thursday’s downpours.

The crazy weather in the States has affected some of my friends, one couple whom I have known for 20 years have a condo in Florida which is at risk of Hurricane Irma damage so they have gone to Atlanta to stay with my mom for a bit, but there is a risk that Atlanta gets hit with some strong winds too. I hope everyone stays safe.

I had a few meetings on Thursday and Friday with my client. I presented my design and plan and they seem rather pleased and have requested that myself and my analyst ‘N’ both work there 5 days a week until the end of the year. I hate giving up my cushy corporate office but needs must. At least I am employed and the work is interesting and will be incredibly challenging if we achieve our objectives.

As it was Friday I used OrderIn to get some sushi delivered from Sakura. 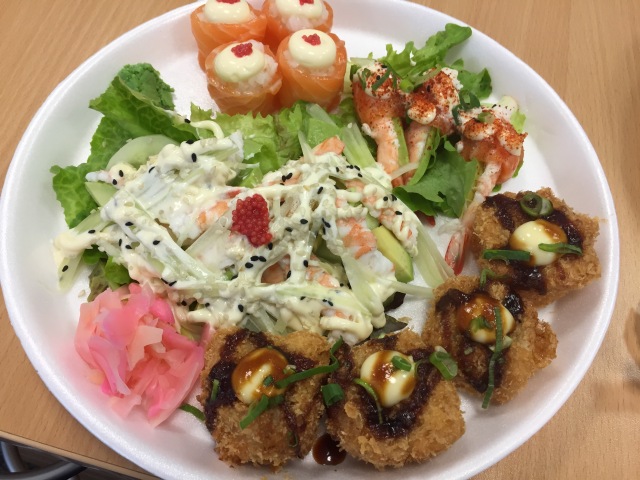 It arrived quickly and was delicious as always. I probably won’t order the deep fried one again, I did not realise it was going to be deep fried even though it is called that, I thought it would just be spicy and only the prawn would be deep fried. Oops. I have never been a fan of deep fried sushi. The rest was yummy.

We ended up leaving work early today to work from home as the network went down and we need to access the servers. We do not have much planned this weekend except for attending some show houses on Sunday. There are a few I really like the pics of, let’s hope they are as nice in reality.

Have a great weekend all.