On Saturday morning Lily drove back to George to spend her last week as a lady of leisure with Josh and Norm arrived home from his trip to the UK on Tuesday. We were all very pleased to see him as we missed him and it also means one more body to share the load of our household!

Sunday night we had another night of load shedding so no electricity from 8-10.30pm. After our busy day exploring Hout Bay Harbour, Cait had gone on a mountain trail run with Navajo who arrived home sweaty and filthy but happy as could be. It was his 1st venture off trail and he was a bit nervous but eventually started to have fun.

After they were home we had a quick simple dinner of a toasted cheese before the power went off and then we played scrabble by candle light.

Monday night Caitlin and I cooked the lovely piece of yellowtail we had bought on Sunday from Fish4Africa. I cooked organic spinach and made cauliflower mash from our box of goodies from Harvest of Hope.

It tasted much better than it looks. It tasted like only freshly caught fish can taste. This is less than half of the yellowtail fillet, the entire piece cost about R118 and it could have fed about 3 people. We were so pleased that our entire plate of food was either grown or caught so near our home. Not only healthy for our bodies but a reduced carbon footprint? Try not to be blinded from the glow of our halos. 😀

Tuesday I was very happy to have Norm home, but as Lily was in George and Caitlin was at the cinema we had a quiet night in, he was exhausted from traveling.

I had an appointment for body Reactivation after work on Wednesday and on my way home was stuck in roadworks for 2 hours. It’s a beautiful view but I can’t last 2 hours without a wee. I was ready to jump out and shove the stop sign up the dudes rear once I saw that there were only 4 cars waiting on the other side. How many brain cells does one need to realise that if there is a 2 hour tailback on one side of the roadworks and a random smattering of cars on the other side it might make sense to open the side with the tailback for longer? No? Apparently not. By the time I got home it was almost 8pm and I was starving and exhausted.

Thursday we were due again for load shedding and I had Vanessa my manicurist coming to the house at 5 for my monthly pedicure. We hoped to be done by 6 when the lights were due to go off but we didn’t. She was just starting to polish my tootsies when the power cut. We ended up surrounded by candles and a lamp while Vanessa painted my toes.

We couldn’t cook, so we sent Norm off to try and find some food. He ended up at Massimo’s which is just around the corner. I chose the ‘John Wayne’ – pulled bbq beef, smoked mozzarella, jalapeno chilies, red onions. It was amazzzzzzing! 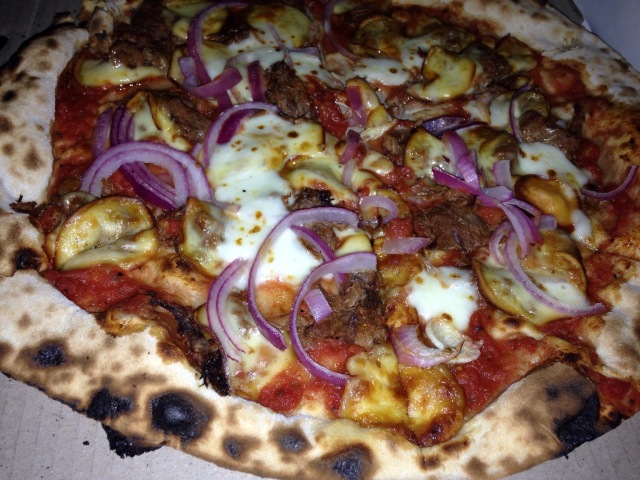 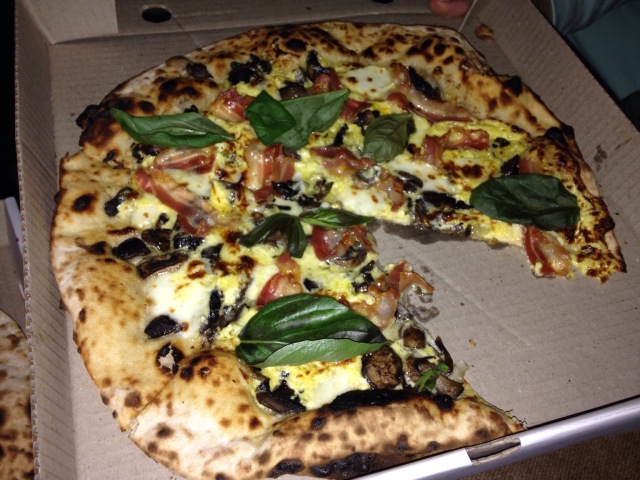 We ate in the dark, a few candles and lanterns so we could function.

There is no loadshedding scheduled tonight, Lily, Josh and Caitlin are all here. It’s lovely having them here. Nothing beats time with those we love.