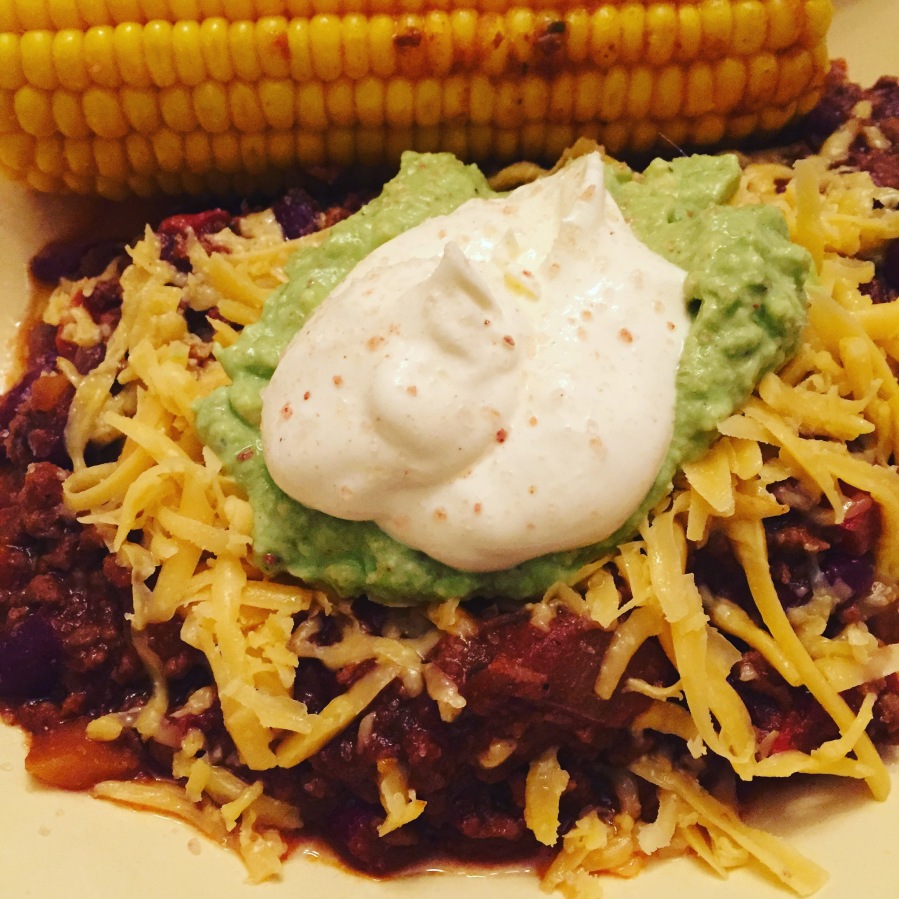 I went to my first Sister’s Circle on Sunday afternoon. As my neck was still playing up and Norm was heading to Builder’s Warehouse which is in that general direction, he offered to drop me on his way.

I have had 2 visits to the chiropractor this week for my locked neck, the first was on Saturday morning and he had done spinal manipulation as well as ultrasound treatments to my neck and shoulders. He asked me if I had any recent infections as my glands were very inflamed and swollen. I explained the recent dramas with my chest infection and the rebound inflammation from the antibiotics. The chiro thinks the inflammation has caused restriction in the muscles resulting in the misalignment and ‘freezing’ of my neck.

Norm drove me to the chiro in Noordhoek as I was struggling to turn my head (which is not really conducive to driving around a mountain) and we had a clear route and so we arrived quite early. We stopped for a coffee at The Village Roast which is in The Farm Village in Noordhoek. 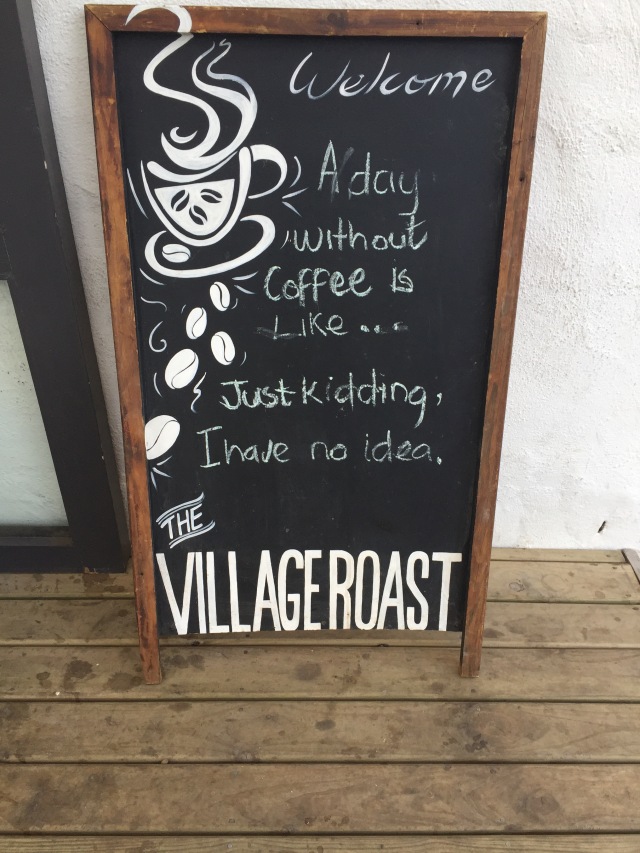 I love this village market in general, it is very quaint. 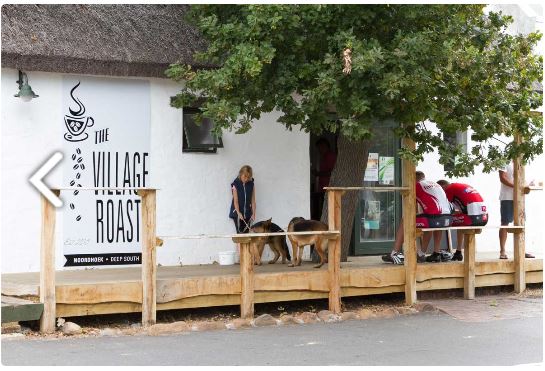 The drive there is quite spectacular with views of the majestic mountains and the sea in the distance. But with the rain and storms over the weekend, the sky was quite ominous and dark. 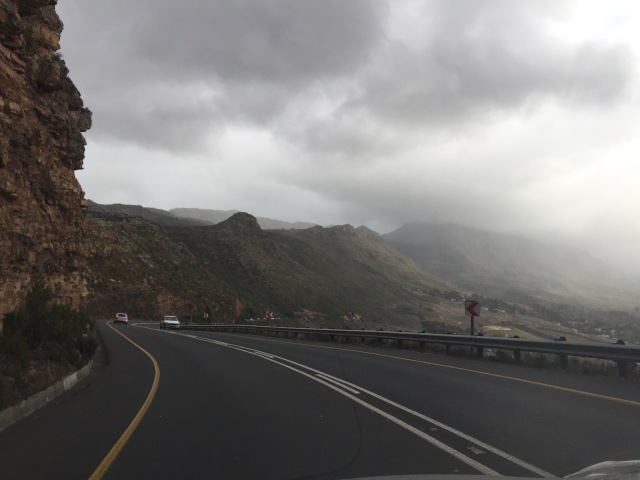 The chiro managed to unlock my neck with a bit of manipulation and ultrasound. He said the neck went out due to the swelling in my lymph glands and neck tissue which indicate there is still infection in my body.

After we got home from the chiro I settled in with a heating pad around my neck and wrapped in a furry blanket. The kitties were cold and snuggled in with me. Norm was painting the kitchen ceiling and pottering about so I watched quite a few episodes on Netflix of the new series of Orange Is the New Black. It is one of my faves. 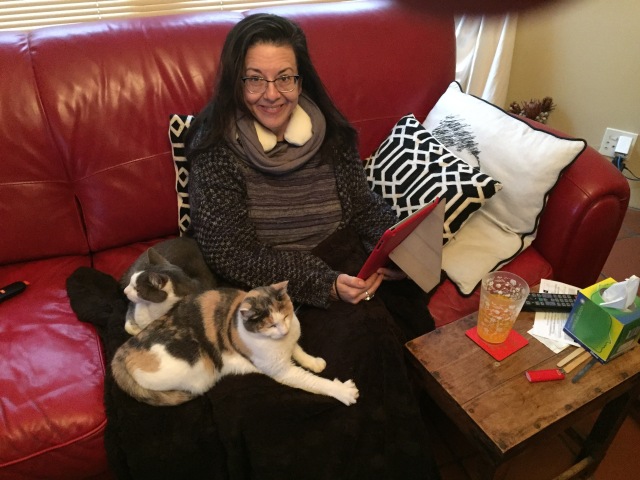 The sister’s circle on Sunday was very interesting. I was a bit anxious as I always am when I will be meeting new people or trying new things. Being an import to SA, new people always ask me a million personal questions. That is my idea of hell. I have no problems with sharing every minutiae of my life in my blog, but writing while safely behind a keyboard and talking to other humans face-to-face are two very different interactions for me.

There were 5 women attending. The full moon was on June 9th and it is known as the Full Cold Moon as we are in the middle of winter in the southern hemisphere.

We started with Gerri smudging us all as well as the space and then we performed the Cherokee Morning Song.

Then we did a bit of drumming on the large drum while singing other traditional ‘women songs’. 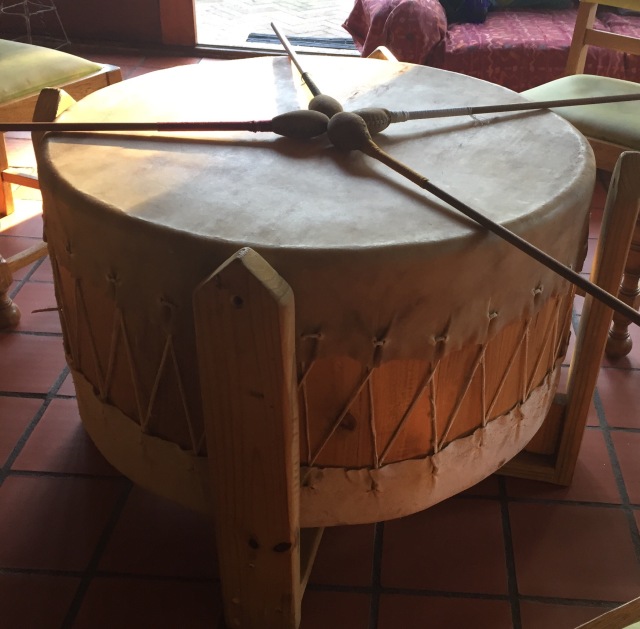 We started with this song which is lovely and is in my own tribe’s tongue.

Way a way a

We then joined in the Prayer:

It was very empowering.

Then we held a Talking Circle. In the talking circle each woman is passed an object, in our case it is a woven disk made of reeds with a long leather cord in the centre. You hold the circle over your abdomen or womb and you are allowed to share whatever is in your heart. While you hold the circle no one is allowed to speak, their role is to listen intently without judgment or comment. As I had never attended I asked to go last. Once it was my turn I started by saying that I was very nervous and I did not know what I was going to say and then promptly burst into tears. That was unexpected! I then talked about how I have been struggling with my health and about my anxiety over upcoming changes with work.

It made me realise that I really have no women in my life to share my problems with. As an empath I have plenty of people who tell me about their problems, but no one who seems to want to ask how I am doing, or how I am coping. I used to belong to a book club and thought of those girls as my ‘circle’, however the book club disbanded and I am never included in their outings anymore. That makes me sad. I have a group of women who are online friends who belong to my ‘Fashion House’ on my online Covet Fashion game which I have played for years now and we all tell each other our problems and chat about our everyday dramas. I am very grateful for them, at least I have some form of an outlet. The Sisters Circle can also now help to fill that gap for me.

After we all finished talking we did a closing off ritual.

We then broke for snacks and a chat and one of the women told me about some vitamins and homeopathic remedies which may help with my anxiety as they balance your adrenaline levels. I have felt as if I have been stuck in hyper-adrenaline mode for a very long time now, starting when we had an armed invasion back in 2013. That is a lot of adrenaline flowing for a long time.

I am all fight or flight response- mostly fight unfortunately for those around me. I have bought the products and will see if it helps with the effects of this issue, my insomnia, my anxiety, my high levels of aggression and dark moods.

After our tea break we had a lesson about the role of the drum in Native American culture where Gerri told us fables about the origin of the drum and it’s use in NA culture. Two of the women had new drums and they wanted to awaken their drums so we had a drum awakening ceremony. This meant we moved outside into the garden. It was freezing cold but we built a fire and gathered around it. We gave thanks and we prayed to the 7 directions. 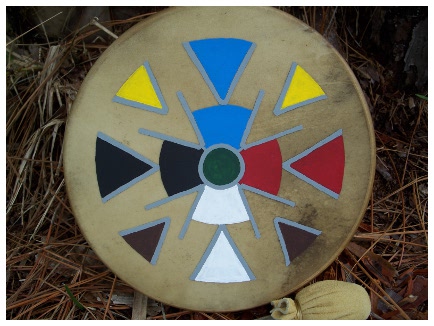 The ceremony was very interesting. The women ‘sang into’ their drums to help the drum find it’s voice, then a prayer ritual was performed. It was lovely and the 2 women now have drums which they can use for future ceremonies.

Afterwards Norm came to collect me. He brought the doggies with him and took them for a long walk on the nearby green while he waited for me.

On Monday I had a client workshop in the city. The rain stopped just long enough for us to walk over to their offices. We are so grateful for the on-going drizzles we are having, but it means the temperatures are pretty cold, especially in the mornings when I drive in. It was only 9 degrees C this week. 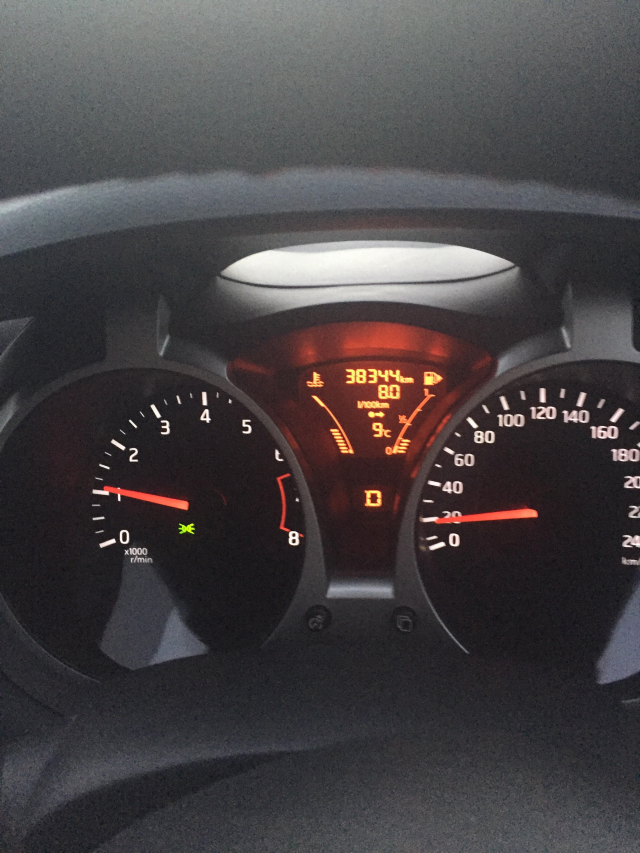 We have also had a lot of mist and fog which makes driving difficult in the mornings when it is still dark. The office at work is so cold. I am wearing vests under my clothes, several layers, a scarf and boots and I am still freezing. 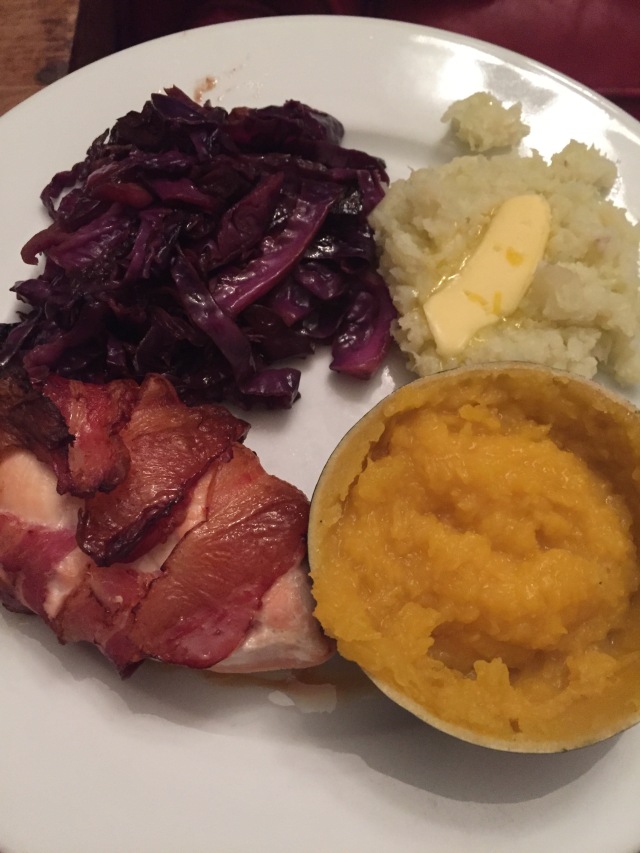 He even made up a little lunch for me. He has been so good to me while I have been feeling so rubbish the last few weeks.

I went back to the Chiro on Tuesday after work and he worked more on my neck. My mobility has gotten better but I still have huge lymph nodes and tenderness in my neck, head and sinuses. Usually when we go to the chiro it is a Saturday as that is the day he treats dogs as well as humans, so I had never met all of his doggies. He has 2 Labradors as well as 2 giant Newfoundlands. I loved this guy who was on his back, snoring on the couch. 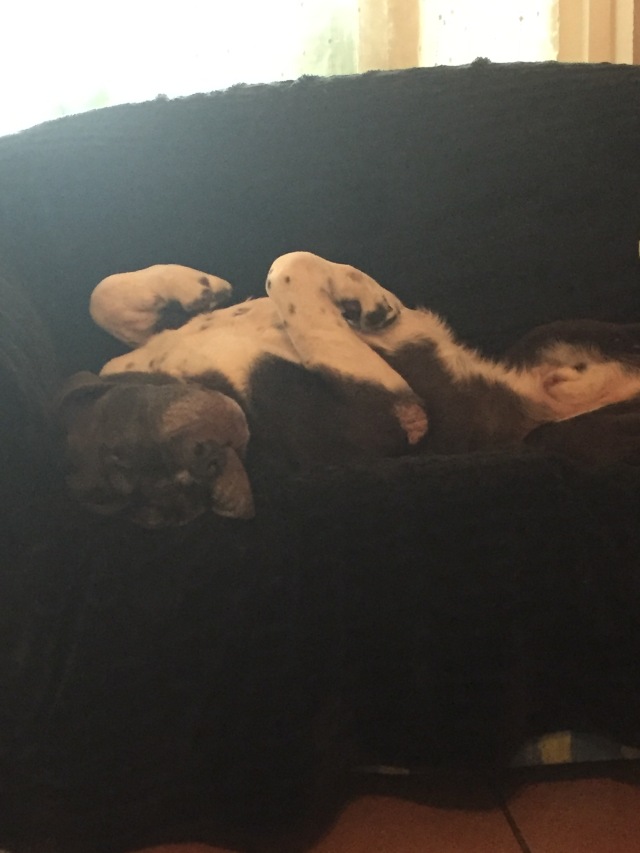 The labs came for lots of love while I was waiting my turn. They were very sweet and so gentle compared to bolshy high energy Navajo. 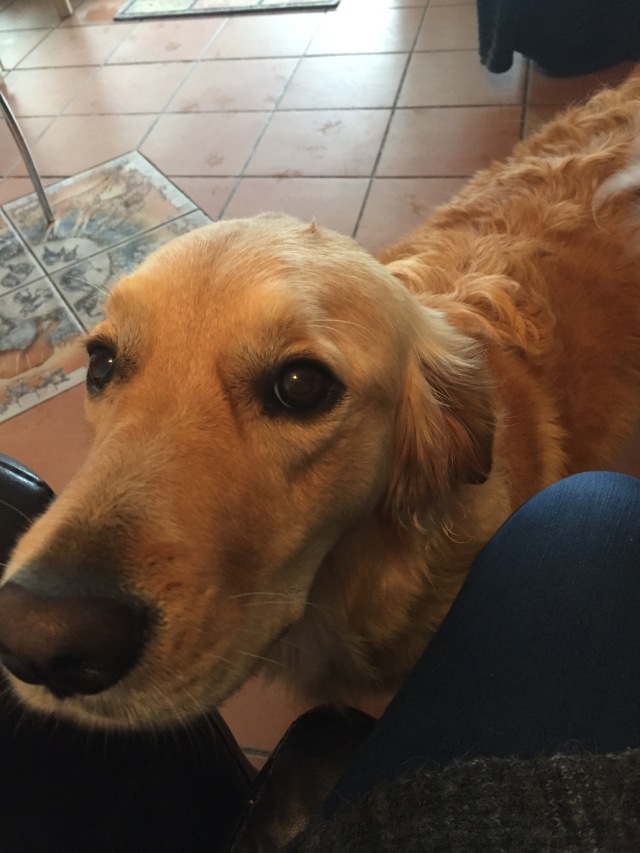 After I got home Norm and I made dinner. We made chilli con carne and corn on the cob. It was yummy for a cold winter night. 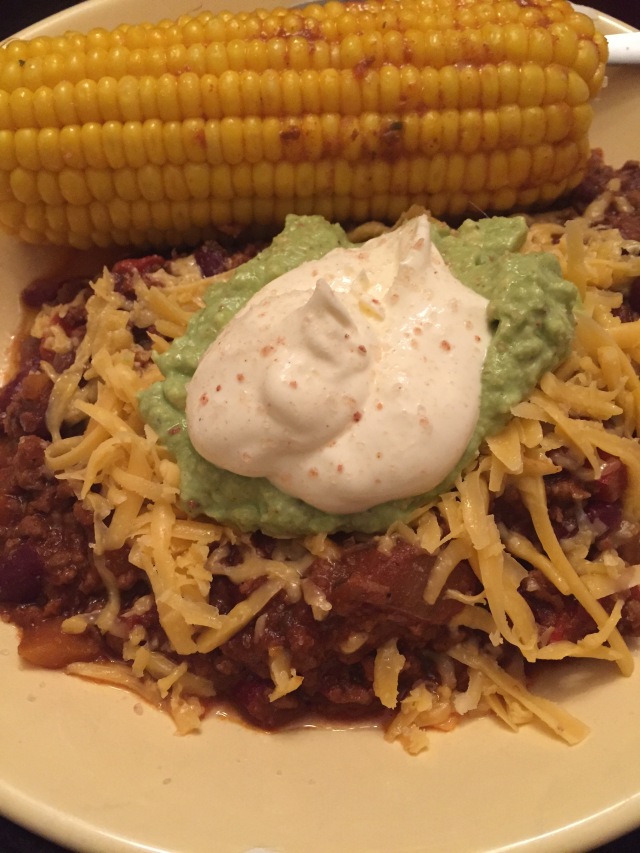 Then I snuggled up with Blue and Panda and Norm and I watched a bit of our addiction, Breaking Bad. 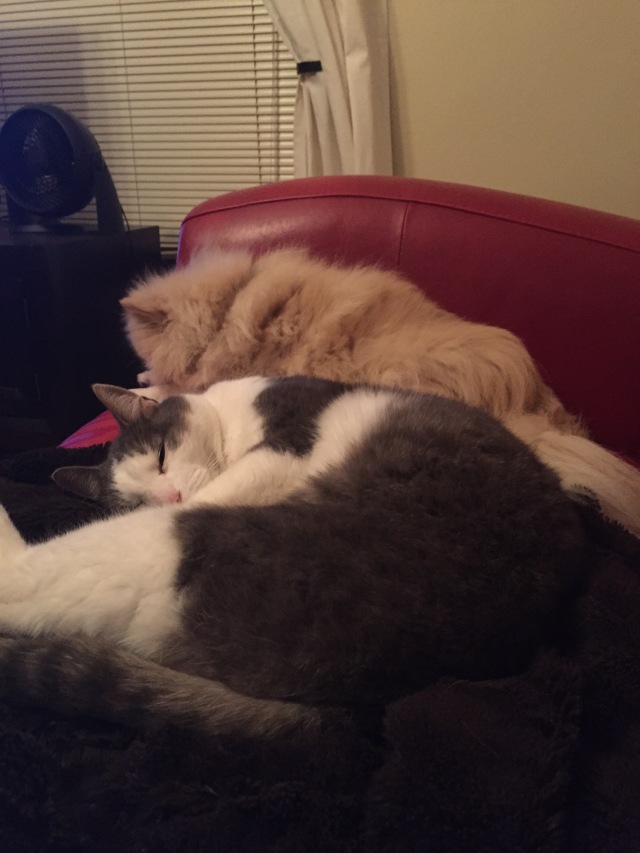 Wednesday Caitlin was at Wes for the night and Norm was supposed to attend a Neighbourhood Watch meeting, but when he went to get a takeaway for us he ran out of petrol which rather derailed his plans. This is so risky in South Africa, it is not safe to be stranded so I was rather annoyed. Both for making himself vulnerable to that risk as well as with my cold food. But I am easily annoyed these days as I feel so rubbish all of the time.

I have had such a headache for days now. I have probably taken more headache tablets in the last week than I have over my entire life. So I had Norm take in another sputum sample for analysis and I made another appointment to go to the doctor today. He’s done a blood test and given me cortisone tablets. Hopefully the blood test will reveal what is up. I can’t take feeling so poorly. I start another project on Wednesday and will be split across two projects, I need to be at my best and I am far from that.

Tomorrow is a public holiday in South Africa. It is Youth Day. It commemorates those students who were shot by the police for peacefully demonstrating against the forced learning of Afrikaans, the language of the originators of Apartheid.

There have been several protests this week that I was aware of. Two trains were set alight and shops looted at Cape Town station on the night of the 12th of June, when commuters went on the rampage in reaction to lengthy delays.

Then on Wednesday this week there was a protest by taxi drivers over illegal taxis who have not paid for a license to operate in the areas near Capricorn, Retreat, Steenberg and various other suburbs on the perimeters of Cape Town.

There were 2 separate drive by shootings the night before these protests. In the one in Capricorn no one was injured, however in the 2nd which occurred in Lavender Hill, a boy was shot in the head and taken to hospital, it is not clear whether the 2 incidents are related or whether they are related to the on-going gang wars which I have written about in previous blogs.

The gangs are related to various illegal activities, drugs as well as smuggling. A recent bust has resulted in several people going to jail for smuggling of various items, including perlemoen, known as abalone in other countries. People destroying natural resources for personal gain.

Father’s Day is Sunday, I wish the best to all of those men who are birth fathers, adopted fathers, stand in fathers and who fulfill various other roles men play in the lives of our children. Your importance cannot be underestimated.

Have a great weekend everyone.