This weekend Norm and I had 4 days off for the Easter weekend and Lily and Josh were in Cape Town to babysit the animals, so Norm and I decided to take off to The Garden Route to visit my son Trevor and his girlfriend Amber in their new home. They moved in at the end of January but with Norm being away and everything else going on we couldn’t seem to get away until now.

Caitlin and her friend Annie were also going down but we took 2 cars so we had independence.

We left just after 10 on Friday and arrived in the afternoon in The Wilderness where they live. You see the stunning beach stretching out in front of you as you come down Kaaimans pass, it is breathtaking.

There is a small village with a few bars and restaurants and various shops, it is a popular tourist spot and has a reputation as being a bit of a hippy hang out.

Trevor and Amber’s new house is opposite a national park, the front of their house looks out at a marsh heavily populated with birds and a variety of mammals. We saw a female bushbuck and Trev said he saw a mongoose and another critter fighting. The other benefit is that no houses can ever be built across from them.

We arrived to grey drizzly weather. But we settled in and unpacked and that evening we all headed off to Joplin’s Steak House just 5 minutes up the road. Joplin’s is owned by Amber’s mom Rose and she makes the best steaks you can ever hope to eat. She serves them with garlic butter and a fried egg and chips.

Simple, hearty, perfectly prepared food. We had a few bottles of wine to wash it down and spent hours talking and laughing.

This is Amber on the left and my daughter Caitlin on the right. 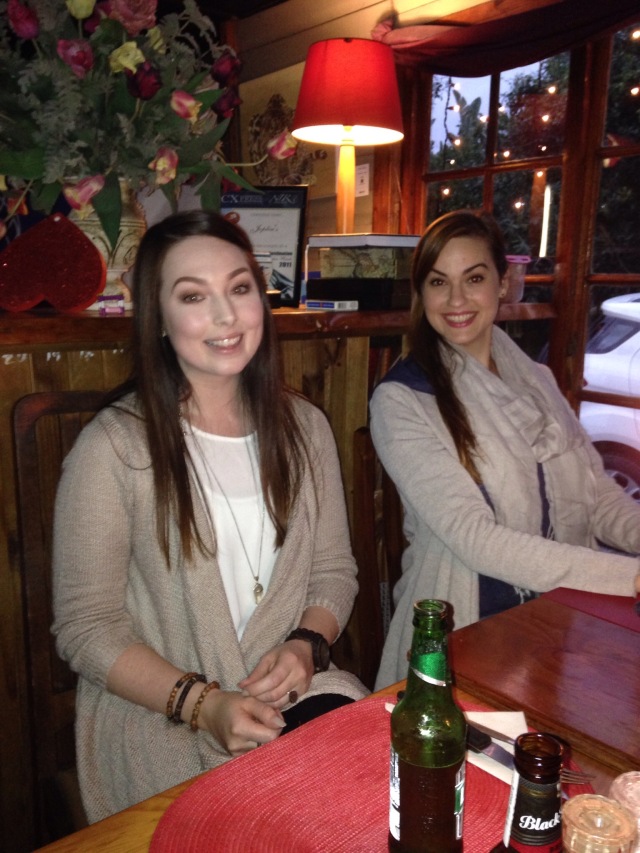 Saturday Amber had decided to cook a big lunch and had invited lots of their friends and family around. She spent all day cooking and made a big ham, several roast chickens, broccoli and cauliflower in a cheese sauce, gem squash stuffed with creamed spinach, homemade bread and proper southern stuffing using my Grandma’s recipe. There was such a feast! It really was delicious.

Later in the evening when there was just 6 of us left we played Settlers of Catan. It’s a fun strategy board game. Amber kicked our asses. Beauty and brains? My son is a lucky boy.

Amber also has fabulous taste, she has so many little touches which make the house so homely. 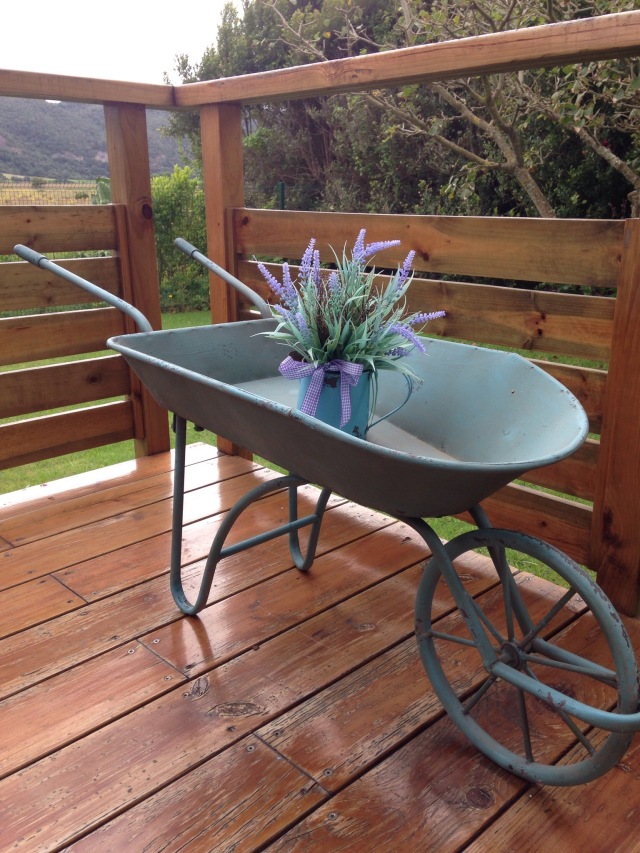 But the house is designed to be a safe and secure playground for their 4 cats.

We had such a brilliant family day.

Sunday the sun peeked out a wee bit so Norm and I went for a walk on the beach. 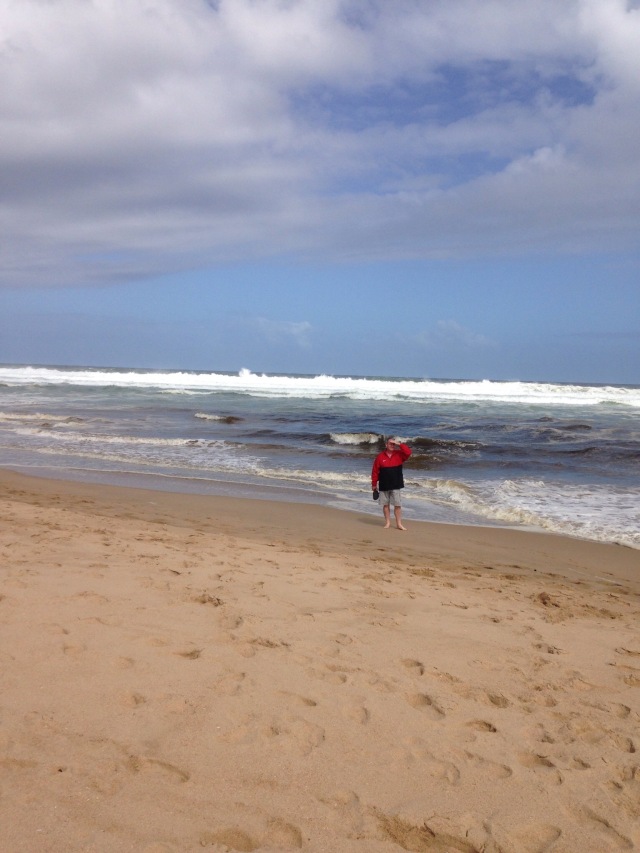 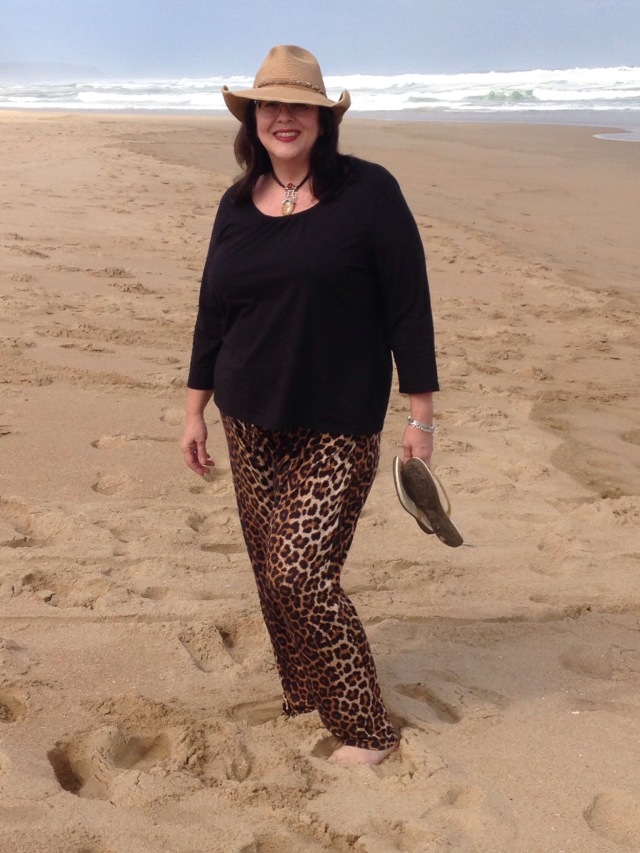 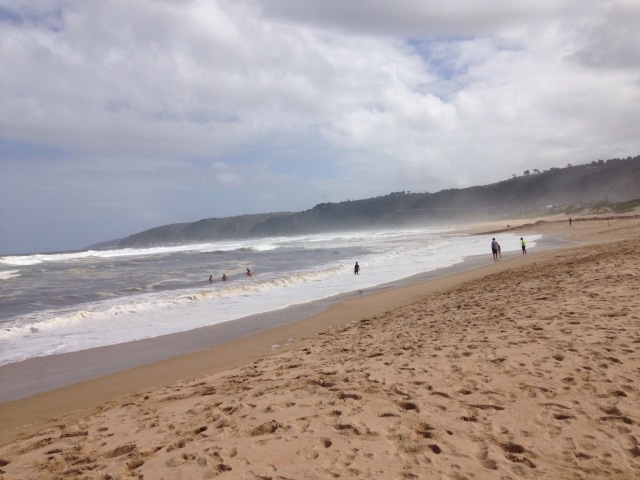 Even though it wasn’t a terribly sunny day it was warm enough that afterwards I needed a cocktail so we headed to The Blue Olive for a strawberry daquiri of course. 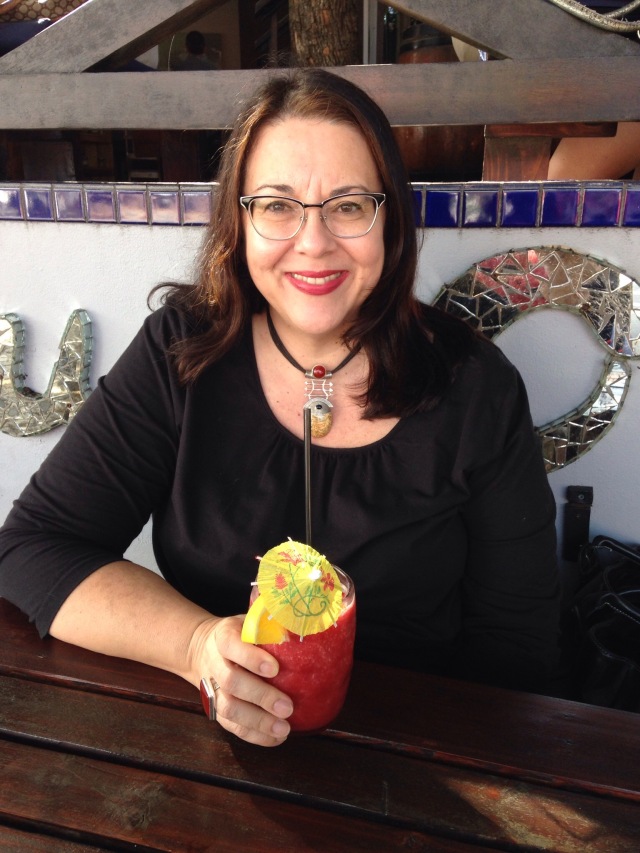 We then had a drive around the village and then headed back to Trevor and Amber’s and had a little nap as we were out that night for dinner. 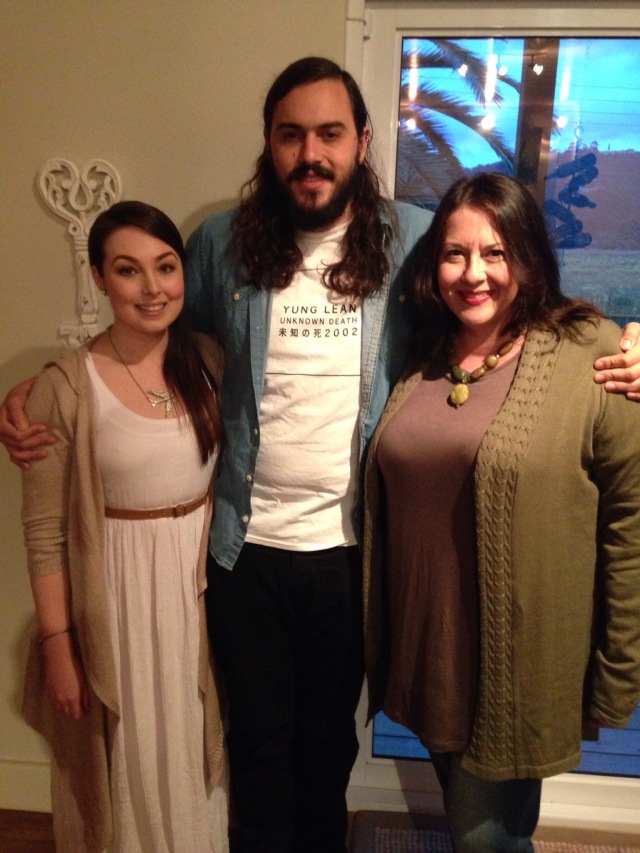 We went to Flava Cafe for dinner and it was packed out. Easter is a big tourist weekend in the Garden Route so most places are fully booked. We had a lovely family evening, and the food was very good. 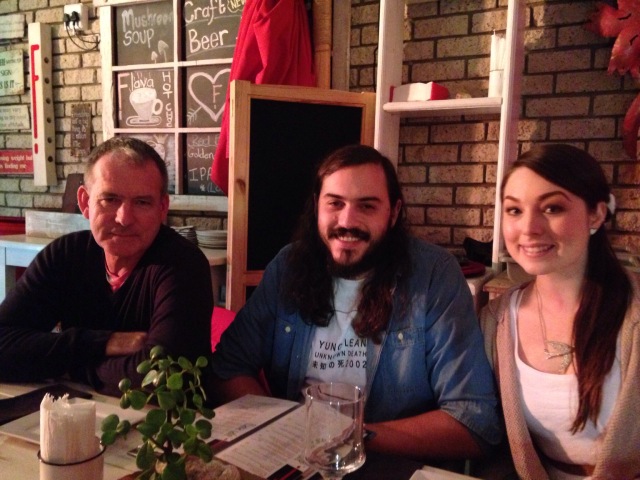 Norm had a burger with Camembert, bacon and cranberries,  Trevor had lamb kofka, Amber had the Moroccan chicken, Caitlin had a Moroccan prawn salad, Annie had the hake and chips and I had Thai fish cakes. 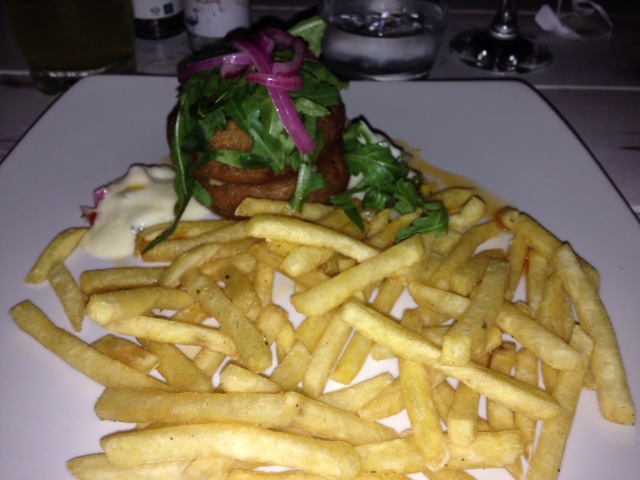 The weekend flew by, even with 4 days there. We got up on Monday and had a slow morning getting ready and headed home about 10.30 and made good time until we got to Sir Lowry’s pass and there was a huge bottleneck of traffic which added an extra hour to our journey.

Not a huge pain as it was only an hour and the view was stunning.

Our pups were so happy to see us once we finally got home.

The ultimate wish of all parents is that their children grow up to be happy, healthy and self sufficient. I know that is what I want for my 3 children.

It makes me so happy to see my son happy, with a good job and such a wonderful girl to settle down with. Amber was one of Lily’s best friends since they were tiny, so she fits into our family seamlessly and she and Trevor seem to be the perfect compliment to each other.

You often hear tales of people being lost in the wilderness, for them it appears that instead of being lost they have found what most people spend decades searching for. It makes a mom’s heart happy.