I had been planning on meeting a couple of girlfriends for afternoon cocktails but one of them had been a bit under the weather so we rescheduled, but then I got invited to join other friends who were going to the same venue. We went to the new bar/restaurant Re:Public.

I had bought my daughters’ a hair roller and asked Lily to roll mine, I loved how it turned out, it made me look like I have a ton of hair! 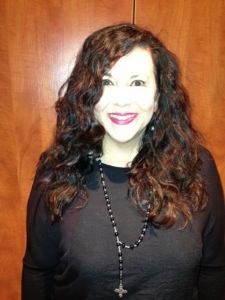 I hadn’t realized only girls were going out and I took Norm along, only to have to give him the boot. Oops! We had a few giggles as well as a few drinks….

3 of us had the fillet and it was a gorgeous cut of meat. Very tender. As was my head the next morning after all of those vodkas, so not very happy when Norm dragged me out to the bank at 10am. Our deal was he had to treat me to Eggs Benedict. So true to his word we went to Greens in Constantia after the bank. It was delicious. It came with your choice of bacon, ham or spinach. We both opted for the gypsy ham. Their hollandaise is delicious. 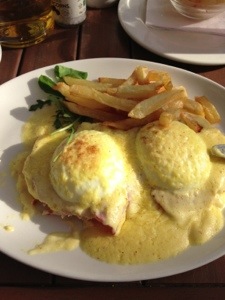 I saw on Face Book that The Lookout Deck was having a half price sushi and cocktail special that evening so I went home for a cheeky afternoon siesta. Then Lily, Josh Norman and I headed down to the harbour.

It turned out that they also had the rugby on so Josh was happy. And they had a band on, so Lily and I had something to amuse us.

They were pretty good.

Isn’t my daughter a beauty?

They had the gas heaters going and it felt rather cosy despite the cold weather.

You can’t beat strawberry daiquiris and mojitos for half price. Yumm. Add in fresh sushi and it is heaven. 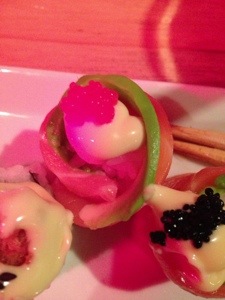 Norm had some beautiful fish and chips, it was both crispy and juicy. Josh had a basket of calamari rings and chips.

Lily spotted the lady who supposedly collects for charity and sales a load of tat and insisted on Hello Kitty earmuffs. Add this to half price cocktails and this makes for a lot of silliness.

This morning we all had a long lazy morning lying in bed, then Lily and I made pancakes and bacon for brunch.

I have had a fabulous weekend.

Today will be a pajama day. I intend to do a whole lot of nothing at all 🙂